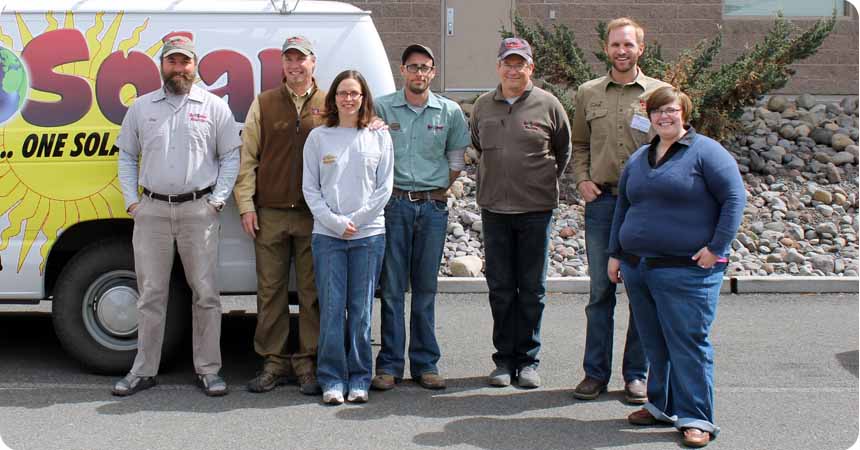 EcoSolar and Electric is currently working with Cascade Organic Beef, a family-owned and operated ranch in Klamath Falls, to install a 97.2-kilowatt solar electric system. The ranch also completed energy-efficiency upgrades, and the solar and energy-efficiency investments combined are expected to reduce the company’s annual energy use by a staggering 80 percent. The new solar electric system will supply power for a well pump that irrigates 318 acres of organic pastureland.

Other recent projects for EcoSolar and Electric include solar electric system installations at St. Mary’s School in Medford and Southern Oregon University in Ashland. With solar installation projects booked through next spring, the company expects to hire new staff in addition to its current seven employees.