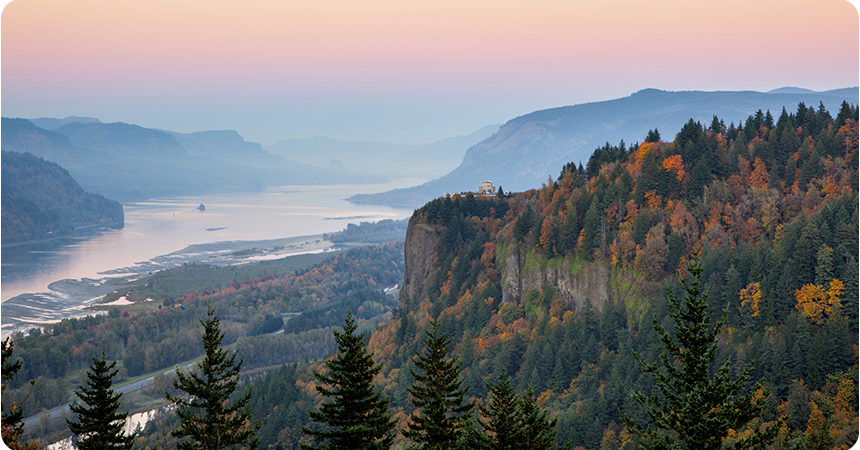 Reprinted from the January 22, 2016, issue of Clearing Up with permission from Mark Ohrenschall, publisher and editor-in-chief of Energy NewsData.

I’d like to share a couple of distinctive features about the Northwest electric system, to give you a little better sense of what happens behind the light switch so we can have electricity on demand, virtually all the time.

First is hydropower, which is the bedrock of our regional power supply—and has been since the 1930s, with the completion of Bonneville Dam and subsequently Grand Coulee and other major federal dams on the Columbia and Snake rivers and their tributaries. There are some major non-federal dams as well, such as on the Skagit River. Altogether, dams provide about 55 percent of total electric capacity in the Northwest. The national figure, by comparison, is about 6-percent hydropower. Wind and solar energy have gotten plenty of attention lately, and rightly so with their phenomenal growth; but hydro in 2014 provided more electricity nationally, and by far regionally, than wind and solar combined. Seattle

City Light, for example, gets about 90 percent of its power supply from hydro.

Hydro has provided lots of benefits, locally and regionally. It’s a primary reason for our low electric rates

(Washington has the third-lowest average retail electric rates in the country; Idaho is second). Those low rates are also a major economic advantage, especially for energy intensive industries and businesses, but also for the rest of us. Hydro helped win World War II, generating power used to make aluminum for warplanes and to supply shipyards. Hydro generates emissions-free power, which makes our air cleaner; and it will be even more valuable as carbon regulations come into place. The hydro system also has played a vital role in integrating regional wind power, allowing the grid to accommodate ups and downs in wind production.

Still, hydro does have limitations and issues. Power production varies with rain and snowfall levels, as we’ve seen just this past year, when snowfall was low and so was hydro generation. Dams, of course, affect the natural environment of rivers, and have played a significant role in the decline of salmon species on the Columbia and Snake—along with other factors, such as overfishing and habitat losses and degradation. (The regional electric system has spent a huge amount of money—many billions of dollars—and effort to mitigate the effects of dams on fish.) There have also been cultural impacts from dams—one of the most prominent in the Northwest was the disappearance of Celilo Falls, a traditional Native-American fishing site on the Columbia, which was submerged behind The Dalles Dam in 1957.

So I think hydro’s legacy depends to some extent on your perspective, but certainly hydro has provided tremendous energy, economic and clean-air advantages for our region.

The second aspect I want to highlight is the diversity of Northwest utilities. We have a roughly equal mix of electric customers served by publicly owned and private- or investor-owned electric utilities in this region. Nationally, investor-owned utilities, IOUs serve about 70 percent of the population.

Among the publics, some municipal utilities date to the late 1800s, including Seattle’s. Many public utility

Districts and electric cooperatives were formed during an era of Northwest rural electrification made possible largely by the 1937 creation of Bonneville Power Administration and its central mission to sell and transmit federal hydropower to publicly owned utilities.

A half dozen IOUs serve parts of the Northwest, the most notable locally being Puget Sound Energy. Other IOUs serve much of Idaho and Montana, and territories including the greater Spokane and Portland areas. IOU histories also date as far back as the late 19th century. These IOUs all have some hydropower, but their power supply portfolio is generally more varied than public power utilities such as Seattle City Light. Puget Sound Energy, for example, gets about one-third of its power from hydro and another third from coal, and most of the rest from natural gas-fired plants.

IOUs and publicly owned utilities are also governed differently. Publics are overseen locally, such as by the Seattle City Council. IOUs, meanwhile, have their own management teams and boards of directors, but are regulated by state commissions. Publics are nonprofit, IOUs are for-profit (although their profits are limited by regulators).

Electricity still comes to your home or business basically the same way, whether you live in an urban downtown served by an IOU or a farm served by a public utility district. But how utilities approach business, policy, rates, energy supply, operations and other key issues can vary substantially among the 135 or so utilities serving Northwest communities.