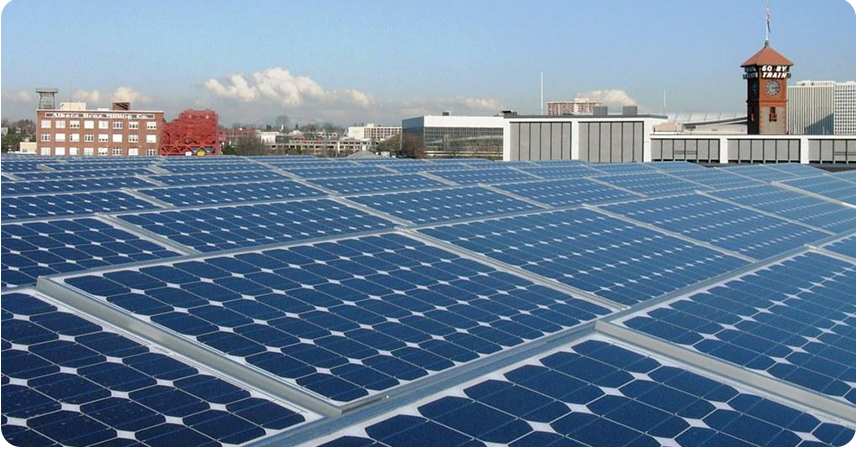 Please note that the views expressed by guest authors represent their own personal views, and not necessarily those of Energy Trust.

Reprinted from the January 22, 2016, issue of Clearing Up with permission from Mark Ohrenschall, publisher and editor-in-chief of Energy NewsData.

One trend is abundant, low-priced natural gas. Natural gas spot-market prices have dropped about 80 percent since their recent peak in 2008, largely due to expanded use of fracking and horizontal drilling, which have opened access to previously untapped sources of domestic gas, and which some estimates suggest could provide sufficient gas for the U.S. for 100 or more years.

Gas has become the favored fossil fuel for new electric power generation, taking market share from coal and pressuring renewable energy on price. This cheap, plentiful gas has also resulted in a movement to build gas export facilities along the coasts—a decade ago, the push was for import facilities.

A second is falling prices for wind and solar energy, and a very related boom in installations. Prices for wind power have dropped about 50 percent in the last half-dozen years, while installations nationally have roughly doubled. Solar prices have also fallen by about 50 percent in the same period, while installations around the country have increased by a factor of more than 50, admittedly from a tiny base. In some instances, wind and solar are now cost-competitive with natural gas- and coal-fired plants. Although wind and solar combined still produce less power than hydro, they are on huge upward growth curves, which should continue, especially with the recent extension of key federal tax credits.

A third trend is virtually flat demand for electricity from utilities, regionally and nationally. Since 2000, Northwest annual electric sales have grown less than 1 percent a year, and future projections, in this region and the nation, are for well under 1-percent annual growth. A few utilities are experiencing higher demand growth—such as Grant County PUD in Central Washington, with its influx of power-hungry data centers—but the overall trend is flat and in some cases down. More energy efficiency is one big reason. There’s also a shift toward a more service-based and less energy-intensive economy. Small-scale renewable energy, like rooftop solar, are another factor, especially in places like California and Hawaii. The Great Recession lowered demand in the late 2000s and has some lingering effects. And all this is happening as the economy continues to grow, in fact much faster than the rate of electric demand growth. We are becoming a more productive country in terms of economic output relative to energy consumption.

Fourth is a trend toward reduced carbon emissions from the electric sector, which are down nationally about 20 percent from their peak 10 years ago. This is partly due to more gas-fired generation relative to coal, along with more renewable energy, increased energy efficiency and recessionary effects. We can expect this decarbonizing trend to continue and probably accelerate, especially with policies to reduce carbon dioxide emissions: the new Paris international climate agreement; the Obama administration’s plan to reduce carbon dioxide from existing power plants; and at the state and local levels, the likes of mandatory (and increasing) renewable-energy purchases for utilities, along with various carbon-reducing rules, laws, goals and other standards.

Last but not least, is a broad and emerging movement toward an electric system that is more decentralized, digital and distributed, compared to the existing system that mainly relies on big power plants generating power sent over long-distance transmission lines to local utilities that deliver it to customers.

This emerging model includes many different components, some of which are already happening, others still in early-stage development: rooftop solar; energy storage technologies; smart meters that can allow, for example, different rates at different times of day depending on the price of power; appliances such as Nest thermostats that can automatically and remotely control power demand for heating and cooling; electric vehicles that can be charged at home, and perhaps someday, their batteries can supply power to the grid; microgrids; and many more. An overarching theme here is the idea customers increasingly will have choices for electricity supply and use. That, and technology innovations in all facets of the electric system.