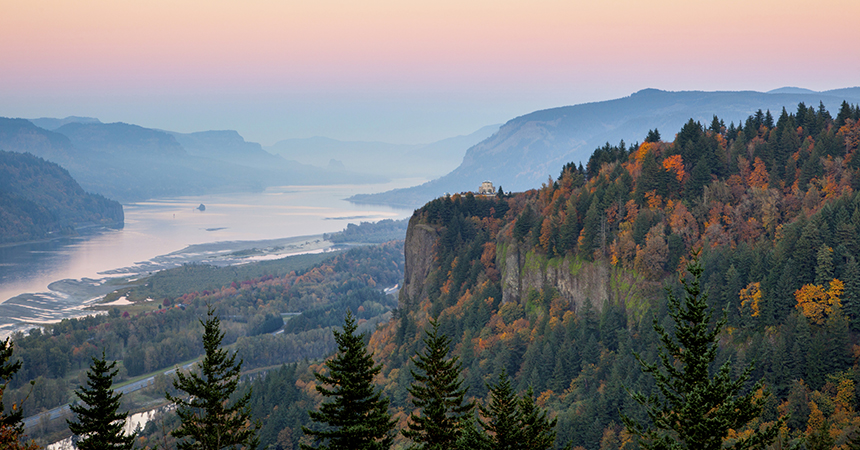 Since the Northwest Power and Conservation Council published its first Power Plan in 1983, energy efficiency, also known as energy conservation, has been a primary resource to meet the electricity needs of the Northwest. In those 35 years, about 6,000 average megawatts of energy efficiency have been accomplished, reducing demand for power, saving consumers billions of dollars per year compared to the cost of building generating plants to produce that much power, and eliminating the emissions that would have come with new generating plants. Six thousand average megawatts expressed as power consumption would be roughly equivalent to the average annual power demand of five cities the size of Seattle. 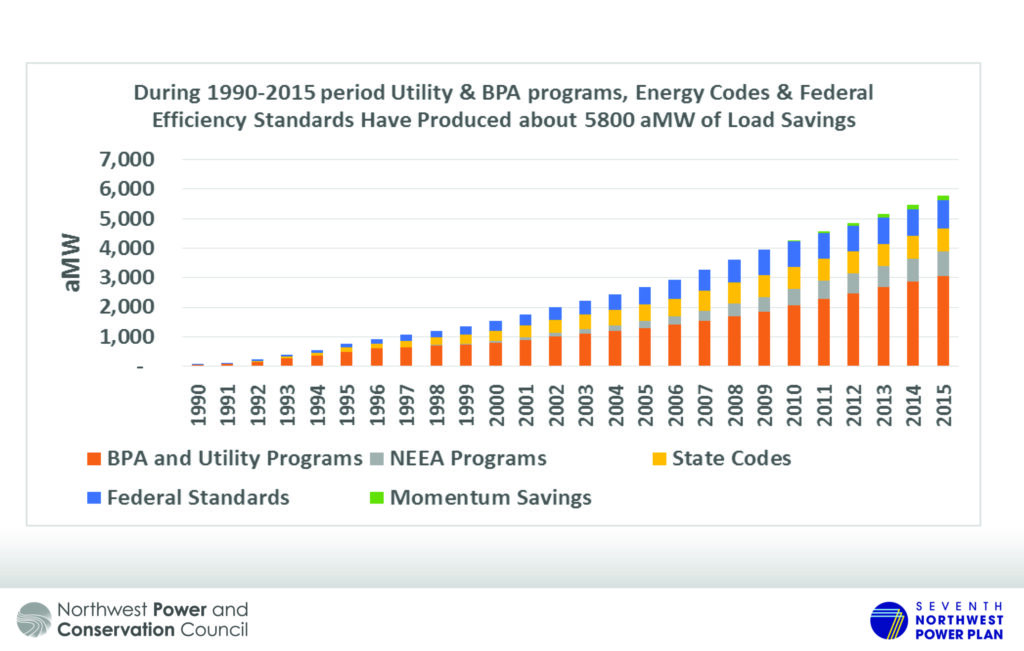 Now a draft analysis by the energy efficiency team in the Power Planning Division of the Northwest Power and Conservation Council demonstrates the economic impacts of that energy efficiency, concluding that overall per-capita energy use has decreased by about 25 percent in the region since 1990. According to the analysis, electricity demand in 2015 would have been about 13,600 average megawatts greater without the energy efficiency improvements if the region had the same energy intensities as in 1990. In very rough terms, about 42 percent of the difference (about 5,700 average megawatts) can be attributed to improvements in energy efficiency, and about 58 percent is due to the impact of ongoing changes in the regional economic mix and efficiency improvements occurring independent of utility programs, building codes and federal energy standards.

The savings accumulated through programs run by the Bonneville Power Administration, electric utilities, market-transformation initiatives of the Northwest Energy Efficiency Alliance, state building codes, and improved federal energy standards for products and equipment. Since the Council’s first Northwest Power Plan in 1983, the evaluation and confirmation of energy efficiency savings has become more detailed and comprehensive. Accordingly, measurements today are more accurate that in the past.

In an effort to sharpen the estimate of savings and assess its impact, the Council’s energy efficiency team of Massoud Jourabchi, Tina Jayaweera, and Kevin Smit studied economic trends in the Northwest over the last three decades to demonstrate macroeconomic evidence of the impact of energy efficiency. Macroeconomic trends reflect both structural changes in the region’s economy as well as investments in energy efficiency; the analysis explores this relationship, primarily at the level of sectors of the economy.

In 2015, as a result of the efficiency improvements, the Northwest produced almost twice the economic output from a megawatt hour of electricity than it did in 1990, according to the analysis. The analysis found benefits throughout the economy, including:

One average megawatt is the amount of electricity to power 718 houses in the Northwest for an entire year.