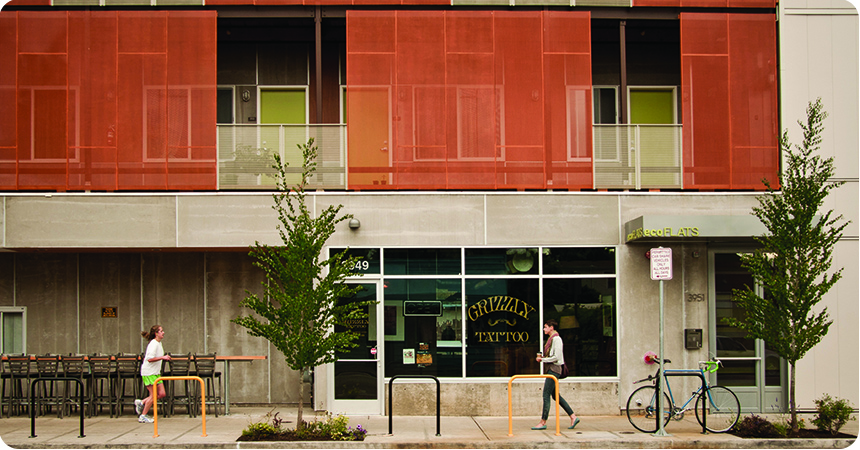 As architects and engineers create more energy-efficient buildings, occupants play an increasingly important role in ensuring the buildings save as much energy as planned. In fact, studies show that occupant behavior—such as leaving device chargers plugged in, changing the temperature set-point and turning lights on—comprises an estimated 40 percent of a building’s total energy consumption. To meet the goals of constructing a building to be net-zero, building occupants must both change their habits and manage their expectations.

Erica Dunn, design team manager at Green Hammer, was awarded the Oregon Community Foundation’s 2012 Van Evera Bailey Fellowship to conduct a year-long study on occupant engagement in high-performance or net-zero buildings. The study focused on a small group of buildings, including several that participated in Energy Trust of Oregon’s Path to Net Zero pilot. In her research, Dunn interviewed building designers, owners and occupants and examined the various design and communication approaches used to engage building occupants. Highlights of her research include: