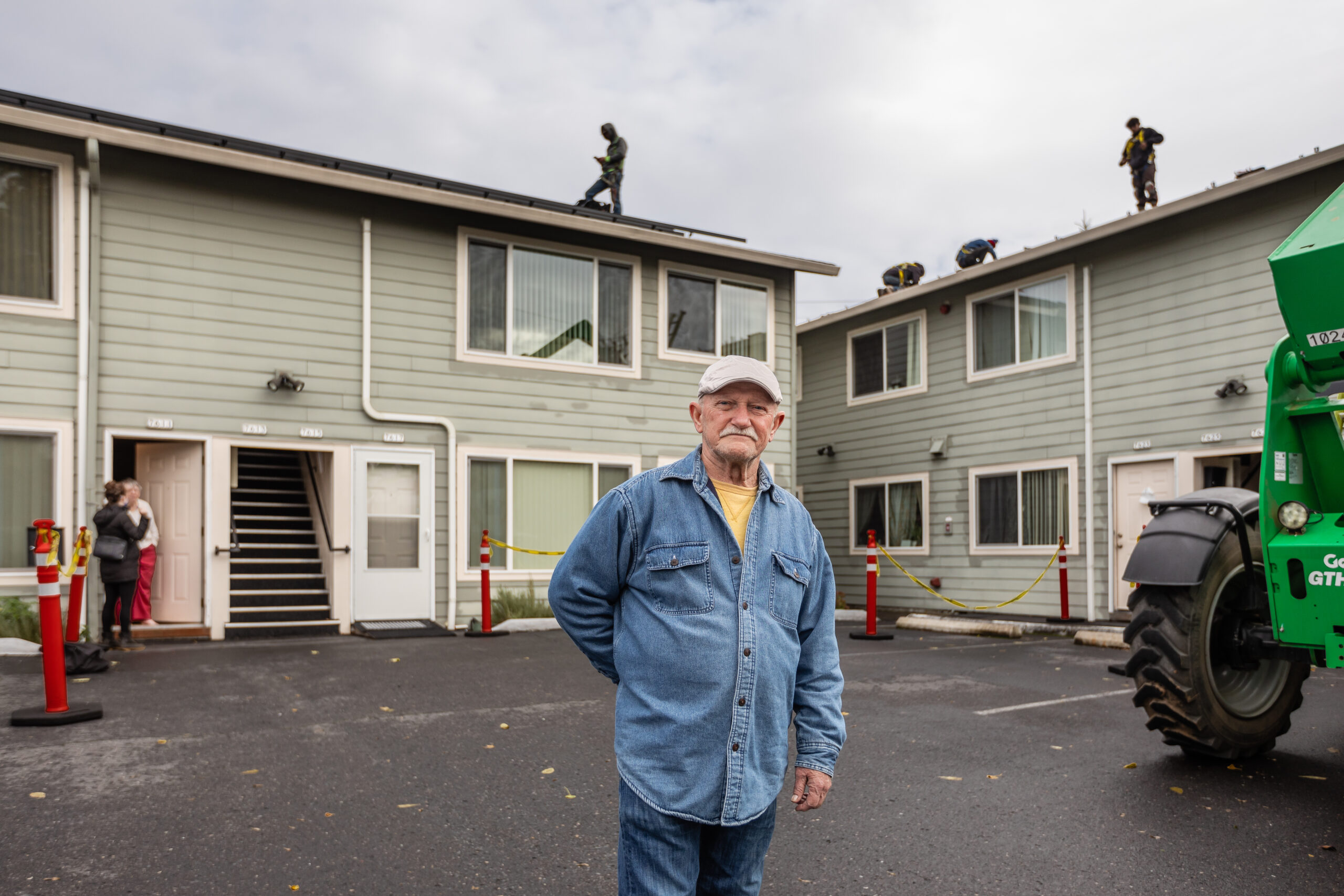 Rudy Thomas has lived at Jim and Salle’s Place, an affordable apartment community in Southeast Portland, for nearly a decade. He has long been intrigued by solar energy, but he assumed it was out of reach for him.

In 2020, ROSE Community Development, the complex’s owner, announced it planned to install a community solar project, one of the first community-led projects under the new Oregon Community Solar Program.

“They said they’re putting solar panels on the roof and did we want to sign up,” said Thomas, 72. “It wasn’t anything I could afford to tap into before. This was quite a blessing.”

Launched in January 2020, Oregon Community Solar Program is a great option for renters, people who live in multifamily buildings and other customers who want to use solar energy but may not have a sunny roof of their own or are not able to invest in a rooftop system. Subscribers are credited through their electric bills for their portion of the energy generated.

“The direct benefit goes back to the residents. A solar installation is something that homeowners and wealthier people have access to but can seem unattainable to lower-income communities,” said Jami LeBaron of ROSE Community Development.

The system at Jim and Salle’s is expected to generate about 52,000 kilowatt hours in its first year, saving subscribers, who are all utility customers with low incomes, up to $220 a year on their electricity bills. And even if they move, they get to keep those savings as long as they remain customers of Portland General Electric.

Energy Trust, which helps administer the Oregon Community Solar Program as a subcontractor, also offers incentives to help public or nonprofit organizations and developers of small-scale projects navigate the financial and technical hurdles of community solar.

Jim and Salle’s Place received a $10,000 development assistance incentive and a $53,000 incentive from Energy Trust that helped pay for installation costs. It also received financial and technical support from Bonneville Environmental Foundation and a grant from Portland General Electric’s Renewable Development Fund.

The system was installed in October 2021 by Energy Trust trade ally SunBridge Solar. Neighbors gathered in the complex’s parking lot to watch as crews installed the electrical wiring, racking and eventually the rows of reflective solar panels.

Carol Poole, 76, is another subscriber to the project. She lives with her daughter and grandson in a first-floor apartment and said they’re always looking for ways to save energy.

“They told us we’d see a reduction on our heating bill eventually, and that was good news to us,” she said. “We’re excited about it.”