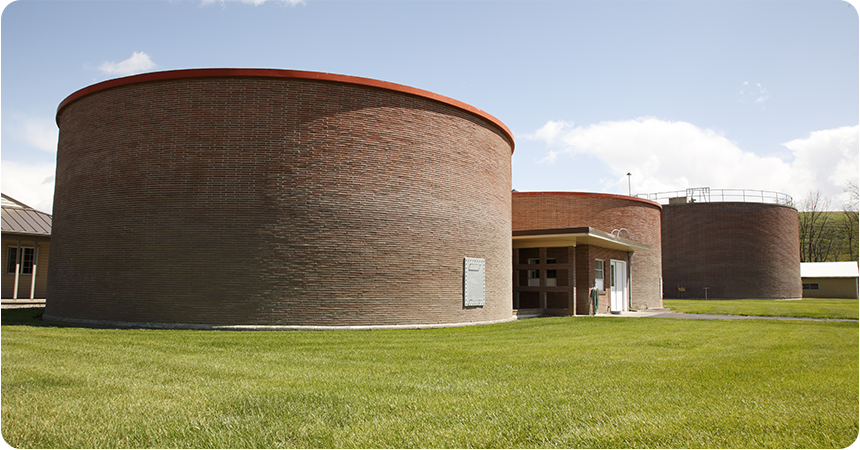 The City of Pendleton Wastewater Treatment Plant is one of nine Oregon wastewater treatment facilities that uses anaerobic digestion to treat municipal wastewater solids and reuses the resulting methane gas to generate renewable energy and power its own operations.

With support from Energy Trust in 2012, Pendleton installed two 65-kilowatt combined heat and power, CHP, microturbine engines that generate electricity used by the plant. Heat from the engines is also put to use. “Our local leadership saw the value of this investment right away,” continued Milne. “Prior to installing the CHP system, we were burning our biogas in a boiler, which was oversized for the amount of heat we needed. It was inefficient, costly and a maintenance nightmare.”

With more capacity in the digester than it needed in the short term, the city installed an organic waste receiving station and now accepts grease and food processing wastes from local commercial and industrial sites. The plant’s major challenge is securing enough available organic waste streams for co-digestion.

“Anything that we can do to recover energy, and make a useable or saleable product, is worth it in terms of saving money,” said Mark Milne, plant superintendent, City of Pendleton.

Prior to installing the receiving station, waste haulers had few places other than the landfill to take material from local grease traps, so the city was reluctant to enforce local grease ordinances. Once the plant was able to accept and use fats, oils and grease, the city renewed its efforts to encourage restaurants and other businesses to maintain their grease traps. The city is educating haulers about the local receiving station and how they can receive state tax credits that help lower their tipping fees—a benefit not available at the landfill.

Biosolids produced by the process are used as a soil amendment on city-owned farmland, which adds valuable nutrients to help replenish the soil. Long-term, the city is looking at ways to capture the fertilizer value from these biosolids and market it as a separate product.

Pendleton’s program is still a work in progress. Armed with a forward-leaning energy development plan and unlimited amounts of creativity, the plant is proof that even smaller treatment operations have great capacity to become biopower producers.