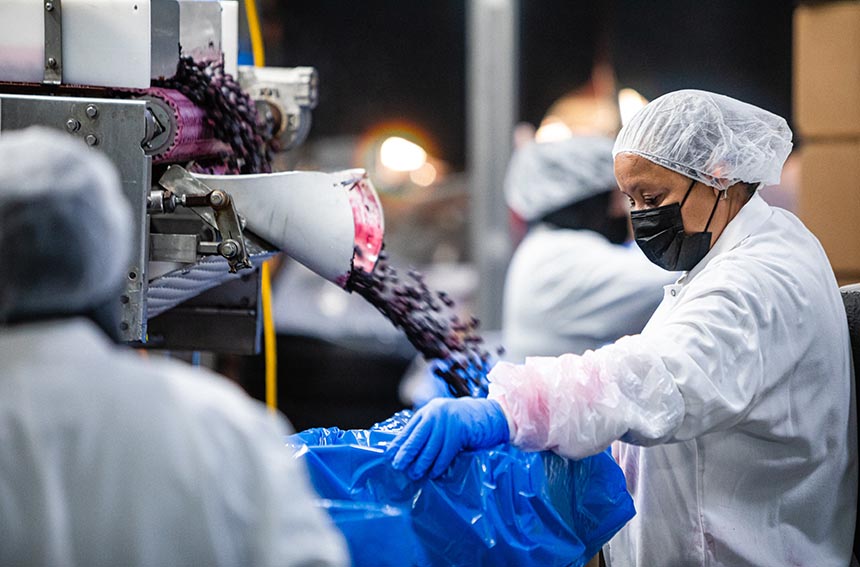 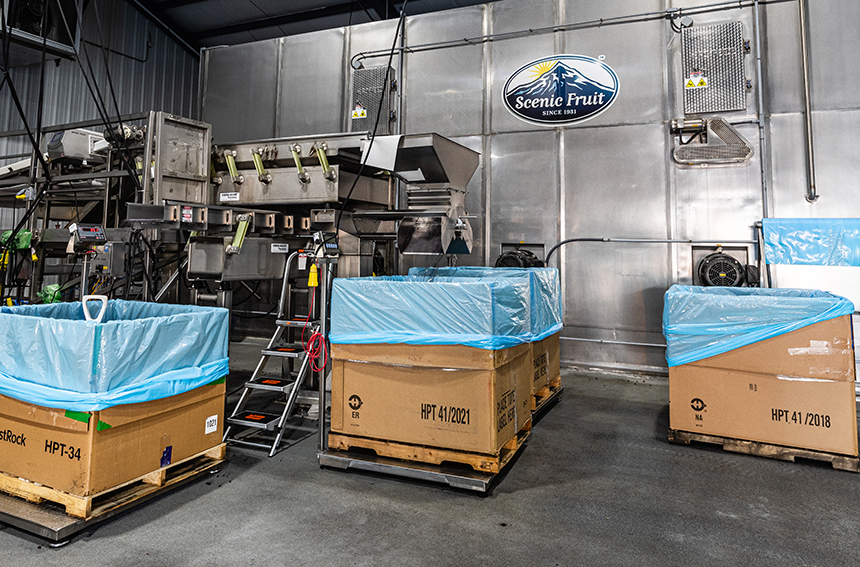 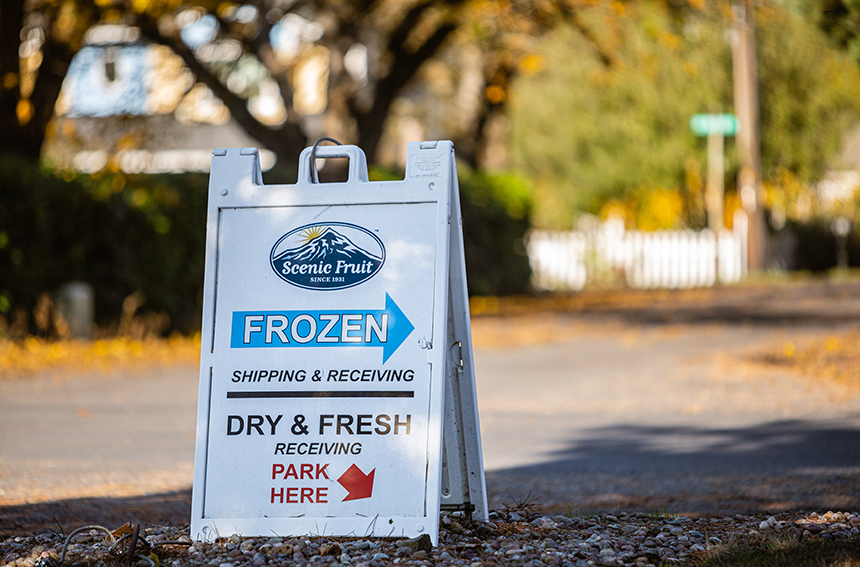 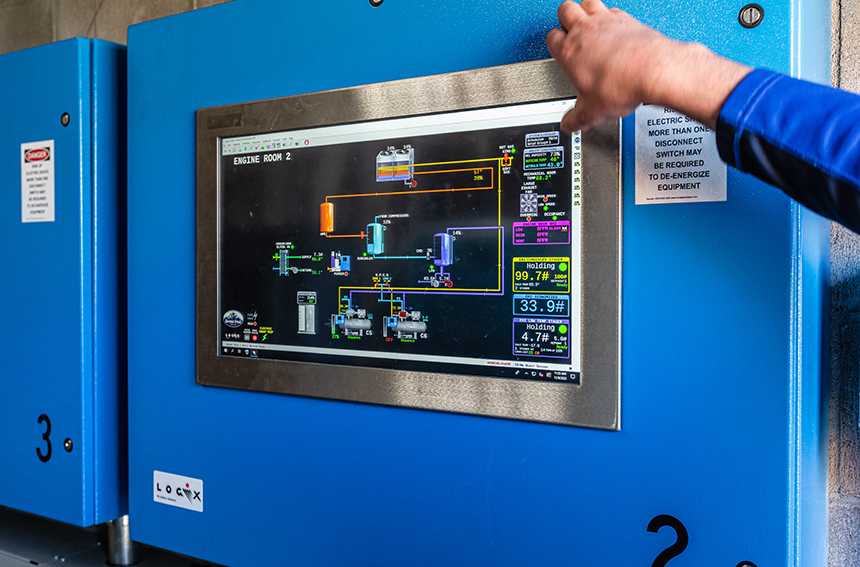 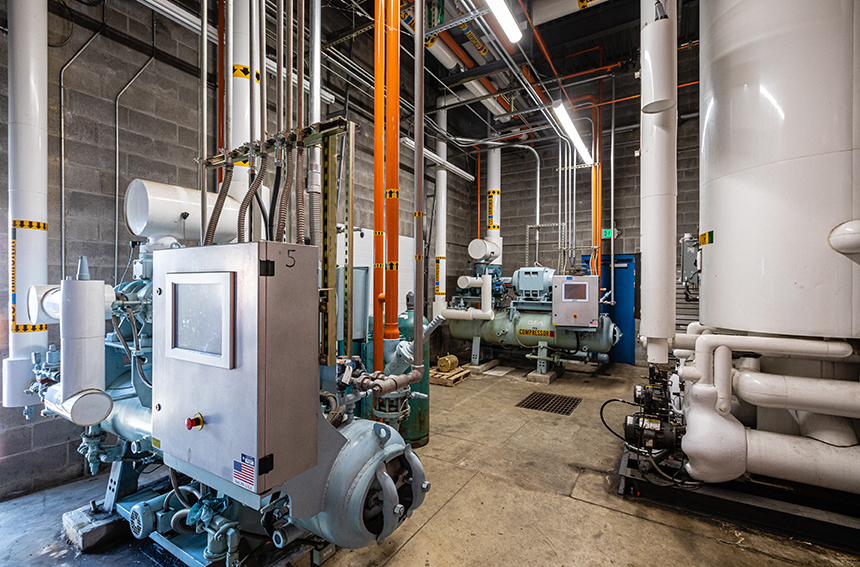 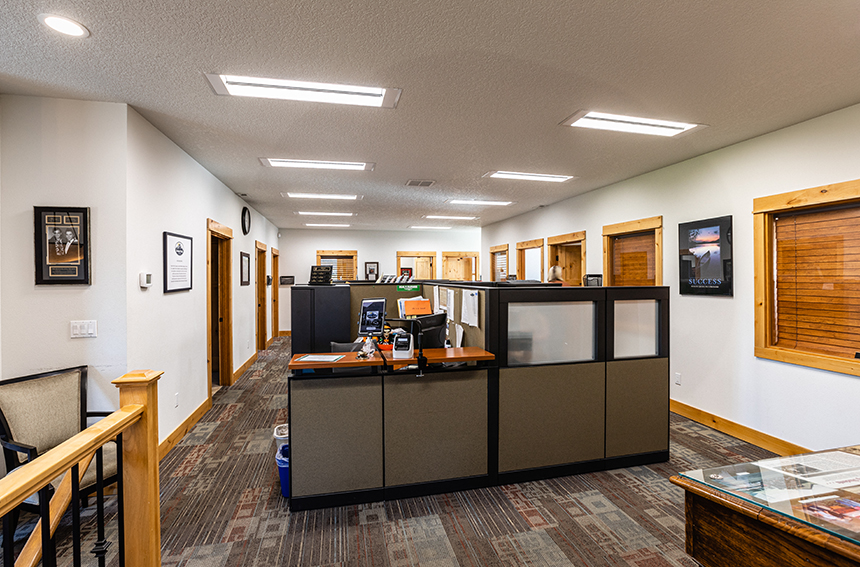 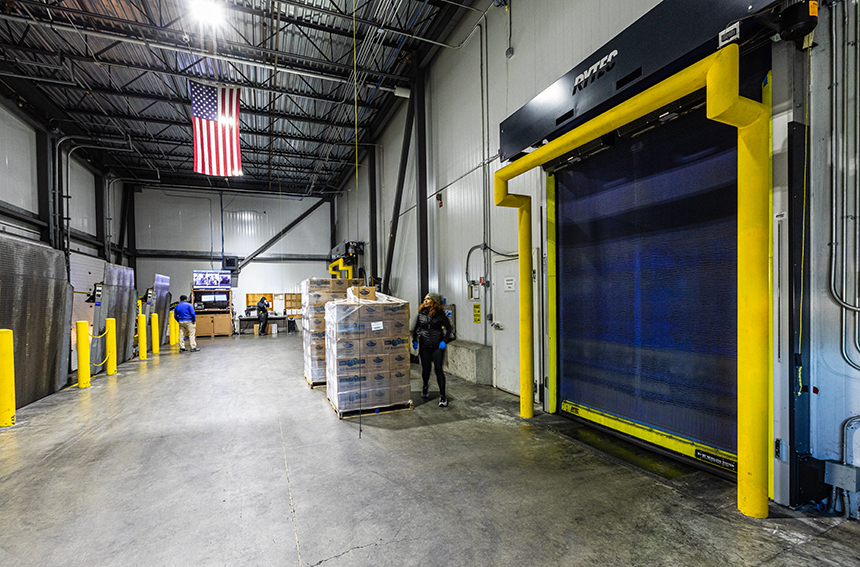 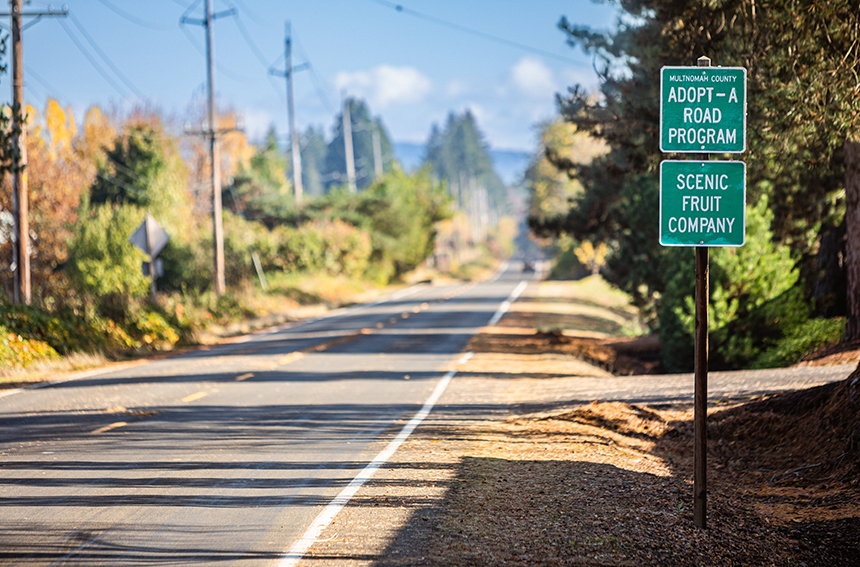 “I knew there was a lot of heat being transferred through the doors,” said Mabe, logistics and technology director for the Gresham-based business. “How much more are we paying in energy bills because we’re introducing that much more heat into the frozen environment?”

It turned out that the doors installed when the facility was built 12 years earlier didn’t provide proper insulation. In 2020, the doors began to fail, causing the ice buildup, wasting energy and creating a slick floor that was hazardous for employees and machinery.

While replacing the doors, a contractor with Northwest Handling Systems told Mabe that he might be able to save Scenic Fruit some money by working with Energy Trust of Oregon.

The contractor said, “Hey, I can probably get you those doors for a discount,” Mabe said. “I had no idea it was a thing. Once we found that out, I thought, ‘what else can we do to save energy here?’”

Scenic Fruit has processed, packaged, and exported frozen and fresh berries from Oregon and Washington farms since 1931. While the family-owned business specializes in all varieties, blueberries are their “sweet spot,” Mabe said. Fruit is stored and processed in the company’s 30,000-square-foot warehouse, which is where the four new doors were installed.

With the incentives from Energy Trust, Scenic Fruit was reimbursed for the full cost of the door project, which is estimated to save the business more than 772,000 kWh of energy and nearly $48,000 in utility costs annually.

“In the warehouse, as soon as we got those doors changed out, the ice went away,” Mabe said.

With the benefits of that project in mind, Mabe soon looked around for other possibilities. Another door outside the freezer malfunctioned, so it was replaced. And then came the lighting project.

In the summer of 2021, Scenic Fruit worked with PEC Northwest to replace 103  lights throughout their facility with energy-efficient LED fixtures and high bay lights. The upgrades save the company an estimated $3,101 on utilities and cut its energy use by more than 50,000 kWh a year. The improvements were noticeable immediately.

“The lights are fantastic,” Made said. “They’re all on sensors now, so they go off 20 seconds after you move out of range. That’s been a very nice thing.” The controls are expected to save an estimated 15,100 kWh yearly.

The company’s most recent project was investing in a software that automates much of its refrigeration and engine rooms systems. The software connects directly to Portland General Electric, which sends notices back to Scenic Fruit’s systems to conserve energy when necessary. The software then strategically shuts down aspects of the system that are not being used. Mabe is just getting to know the system but expects it to save the company nearly $13,500 a year.

“What surprised me the most was how easy it was to go through the whole process and how easy everyone was to work with to get stuff done,” he said. “It’s been seamless. I haven’t had to do a whole lot of legwork on my own.”

Mabe and Scenic Fruit have no plans to stop, either. In July, the company expanded with a new location in Salem. Mabe said they plan to investigate energy-efficiency projects there also.

Meanwhile, he’ll keep making improvements in the Gresham location. Up next: upgrading the refrigeration, air compressors, and smaller coolers by linking them to the automation software.

At the end of the day, Mabe said, “It just makes everything super-efficient.”

Learn more about industrial equipment incentives and lighting and lighting control upgrades for your business.