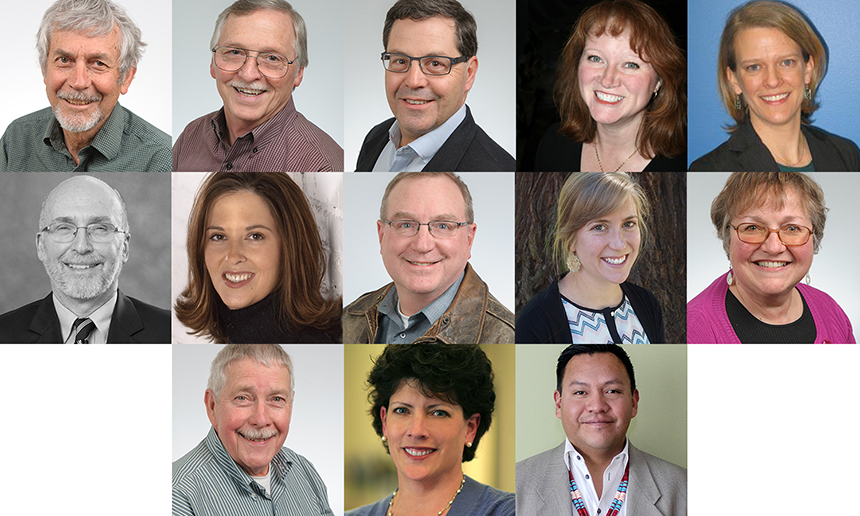 The new president, Roger Hamilton, recently retired from his role as a consultant with Western Grid Group. A Eugene resident, Hamilton has a long history of public service, previously serving as a Klamath County commissioner, a member of the Oregon State Parks Commission and an Oregon Public Utility commissioner.

Alan Meyer, a Salem resident and recently retired director of energy management for Weyerhaeuser Company, will serve as the board’s vice president. Meyer joined the board in 2005, bringing expertise in energy efficiency for industrial operations. Prior to his retirement, Meyer held roles at PacifiCorp and Willamette Industries.

Mark Kendall, the newly elected secretary, is a Salem resident with more than 30 years of experience in energy management and renewable resource development in Oregon. He founded Kendall Energy in 2009 after almost two decades at the Oregon Department of Energy. Before working for the state, Kendall spent 11 years with the Eugene Water and Electric Board.

The returning treasurer, Susan Brodahl, is a vice president in the Portland office of Heffernan Insurance Brokers and an owner of Heffernan Group. Brodahl previously worked for Saif Corporation and as an insurance regulator for the California Worker’s Compensation Insurance Rating Bureau.

Hailing from across the state, Energy Trust’s board of directors possess a broad spectrum of expertise in energy, agriculture, tribes, manufacturing, insurance and construction. This range of skills and viewpoints provides invaluable insight and leadership to the organization during strategic planning, budgeting and advising the organization about programs and initiatives.

Energy Trust thanks Directors Kendall, Hardy, Sherman and Haworth Root for extending their service on the board for another term until 2021.

Energy Trust received an unmodified report, which means that its financial statements fairly represent the health of the organization, in accordance with Generally Accepted Accounting Principles (GAAP). Moss Adams identified no material findings or issues, making this the 15th year Energy Trust received a clean report from the independent audit, the best result that an organization can earn. While presenting the results to the board, Moss Adams auditors cited strong internal controls and capable staff at Energy Trust.

Board members also received a preliminary report of Energy Trust’s 2017 results. Last year, Energy Trust helped utility customers save more electricity than ever before, and maintained record natural gas savings for the second year in a row. These savings were achieved at even lower costs than in 2016. Energy Trust’s full annual report to the board and Oregon Public Utility Commission is available online at www.energytrust.org/reports.