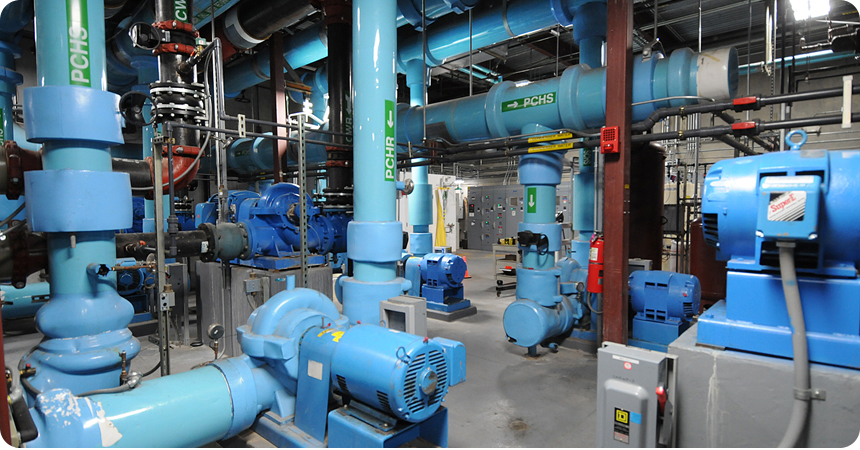 The HVAC system at Jireh Semiconductor’s Hillsboro fabrication plant, a wholly-owned subsidiary of Alpha and Omega Semiconductor, Ltd., is highly complex because it must operate within narrow product specifications for temperature, humidity and particle control. But that complexity didn’t stop Jireh from investigating whether the company could make HVAC adjustments to reduce energy costs.

“I’ve been in the high-tech industry long enough to know there wasn’t much thought given to energy costs when plants such as ours were built,” said Rick Peterson, senior facilities engineer, Jireh. “Years ago, designers mostly just duplicated designs that previously worked. Today everything is different; we can make changes to improve efficiency without introducing risk.”

Jireh was “all in” when Energy Trust of Oregon approached the plant about examining its HVAC system to ensure everything was operating as efficiently as possible. Energy Trust brought in engineers familiar with HVAC systems in semiconductor fabrication plants. “Energy Trust made the entire process easy,” Rick Peterson, senior facilities engineer, Jireh Semiconductor.

As Energy Trust representatives went through the plant with Jireh personnel, they identified several issues and guided personnel through the process of making adjustments—changes that resulted in no cost to Jireh and are delivering an estimated annual energy cost savings of $68,835.

Energy Trust funded 100 percent of the effort, including a preliminary scoping study, project oversight and all improvement costs. “Energy Trust made the entire process easy,” said Peterson. “In addition to the electrical savings, we’re saving considerably on natural gas. And the control upgrades allow us to better monitor our HVAC system so we know temperature, humidity and other parameters are operating within product specifications.”