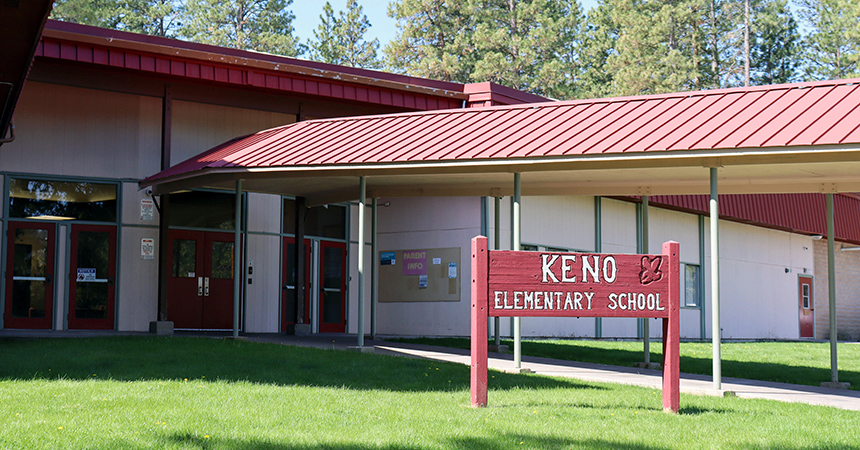 Managing the upkeep of over 20 schools and facilities isn’t a task for the lighthearted. As Maintenance Director for Klamath County School District, Dennis Zullo has to take a methodological approach to ensure the buildings he’s responsible for are functioning as they should. Improvements are made building by building one upgrade at a time. Unfortunately for Zullo, problems continue to arise.

For Zullo, doing what he can to save energy across the school district is important. “Because we have so many buildings and are such a big entity, we use a lot of energy. I feel that we should conserve it and at least try to do what we can to help our community out,” he says. Klamath County School District, like many organizations, has a running list of necessary facility updates but lacks the capital needed to make a dent before other tasks get added to the list.

Despite the big price tag, one project that Zullo prioritized was installing a Building Automation System (BAS) at Keno Elementary School, which allows integrated, remote control of various technologies including HVAC and lighting. In addition to gaining the ability to adjust the temperature of an individual classroom using a computer program, the BAS alerts Klamath County School District technicians when something is out of order and needs to be addressed. Some of these problems can even be remedied off-site through the system. This saves Zullo’s staff from having to travel to the facility where the issue is occurring to fix it, allowing them to focus their time on other projects. The driving factor that influenced the school district to invest was the opportunity to receive cash incentives from Energy Trust of Oregon.

Energy Trust supports organizations like the Klamath School District looking to adopt energy-efficient technology when making upgrades to their facilities. The BAS at Keno Elementary reduced the amount of energy the school needed to function, saving 92,604 kWh annually, which is enough electricity to power nine homes for a year.

Energy savings, coupled with cash incentives from Energy Trust, allowed Zullo to be more flexible with the maintenance budget. “If we time the incentives just right, we can actually pay half of one project then turn around and leapfrog to different projects within the district. That way we can keep moving on with lighting or controls projects,” he says. Because the school district was saving so much on utility costs thanks to the BAS, Zullo was able to move forward with other projects, like replacing water heaters from the 1940s with newer more energy-efficient models.

Zullo looks forward to pursuing additional projects with Energy Trust that will allow the school district to save even more on utility costs. “There’s still controls projects out there that we want to do. There’s boilers that we would like to replace. There’s a bunch of things that we can do,” Zullo says. He continues, “With incentives from Energy Trust, you could save 50% on a heating project or lighting project. That goes a long way for the school district because you only have so much money in the budget, every little bit helps.”

Learn more about the types of projects your organization could receive financial assistance for by reviewing the Energy Trust incentives page.