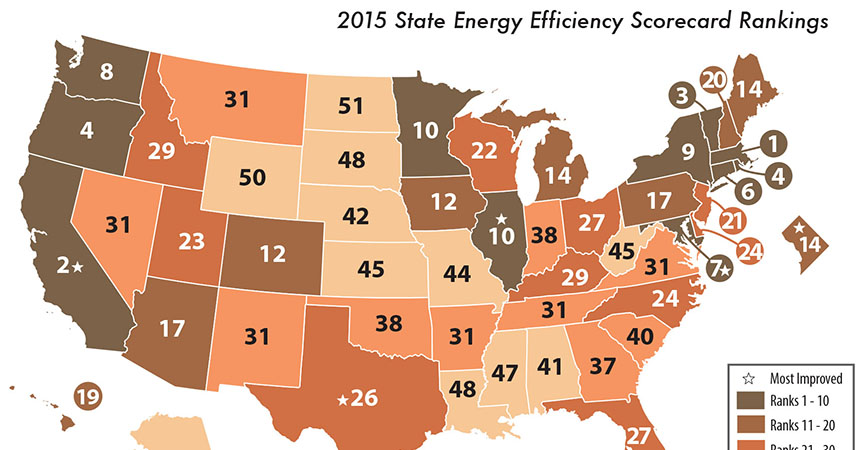 Oregon was ranked the fourth most energy-efficient state—down from last year’s third place ranking and tying with Rhode Island—according to the 2015 State Energy Efficiency Scorecard by the American Council for an Energy-Efficient Economy. Massachusetts preserved its top ranking for the fifth consecutive year, followed by California and Vermont.

“As states move to frame their plans under the federal Clean Power Plan, this year marks a tipping point for energy efficiency,” said Steve Nadel, executive director of ACEEE, in a press release. “State policies are increasingly encouraging utilities to invest in cost-effective efficiency, prompting them to adopt new business models that align their interests with those of customers and policymakers. We can see this taking hold in the 20 states that improved their Scorecard rank in 2015. Utilities across the United States invested more than $7 billion in energy efficiency over the past year alone.”

In ACEEE’s 2015 City Energy Efficiency Scorecard Report, Portland was ranked the eighth most energy-efficient city in the nation, dropping from second place as nine of the top 10 cities improved their scores since the 2013 report. Portland was noted as one of the leading cities in utility energy-efficiency programs and transportation policies.