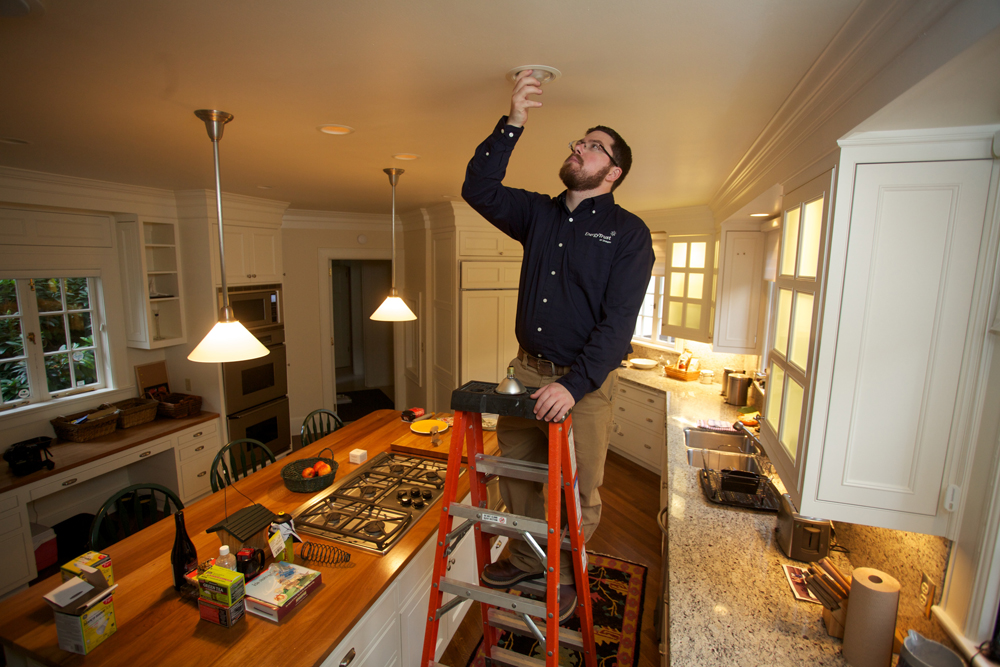 On January 6, 2014, Oregon First Lady Cylvia Hayes hosted a press conference at Mahonia Hall, the official governor’s residence, to show off energy-efficiency upgrades that help keep it cozy and reduce energy costs. The upgrades are the result of an audit conducted by Energy Trust of Oregon that showed opportunities to save energy and money through weatherization upgrades and efficient interior and exterior lighting.

Drawing from Energy Trust’s analysis of potential savings and costs, state officials decided on a package of improvements to the historic Salem home, built in 1924, and sought donations to support the work. Thanks in part to an Energy Trust sponsorship, insulation was added where it had settled or was missing, outside air leaks sealed and more than 200 incandescent light bulbs replaced with state-of-the-art LED bulbs that use far less energy and fit seamlessly into the home’s historic fixtures.

Lastly, the many-paned windows that give the Tudor-style home character were fitted with award-winning interior storm windows from Indow Windows, a Portland startup that has gone national in less than three years. The press-in window inserts are easy to remove and reinstall. They help keep warm air in during winter months and hot air out in summer.

Neil Kelly Company completed the interior improvements in spring 2013 and provided labor and materials at no cost to the state with help from Energy Trust’s sponsorship. Neil Kelly is the largest remodeler and residential energy contractor in the Pacific Northwest.

In a press release issued by Governor Kitzhaber, Ms. Hayes said: “Thanks to this donated work, Mahonia Hall is setting a good example of how energy efficiency can save energy and money while boosting family wage jobs and supporting Oregon companies.”

“Energy Trust is proud to support these improvements at Mahonia Hall, and in homes and businesses across our service territory,” said Peter West, energy programs director, Energy Trust, during the press conference held at the residence. “Thanks to First Lady Cylvia Hayes and Governor Kitzhaber for showing how energy efficiency not only provides comfort and energy bill savings, but powerful economic benefits for all Oregonians.”

Thousands of Oregonian homeowners have already travelled the path taken by Mahonia Hall and made comprehensive energy-efficiency improvements to their homes. Guidance and financial support for these investments are available from Energy Trust of Oregon and Clean Energy Works Oregon.

See a video by Neil Kelly on the Mahonia Hall improvements.