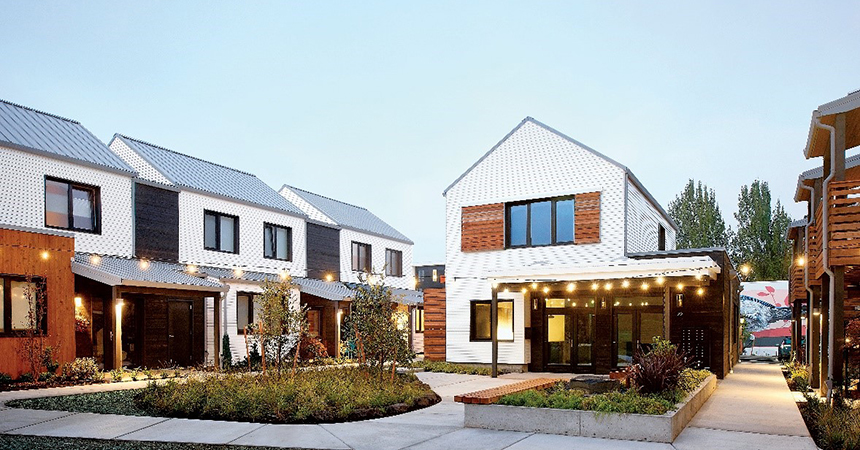 Tillamook Row, a new 16-unit community in Northeast Portland, has reached an exciting benchmark for innovative design in multifamily properties. As the city’s first net-zero multifamily community, sustainability and energy efficiency are part of every aspect of the design, from rooftop solar all the way to the community garden’s rainwater irrigation system.

This solar solution has an additional benefit. A solar plus battery storage system in Tillamook Row’s common house serves as a resiliency center for the development in case of a power outage. Additionally “emergency power outlets” connected to individual solar arrays allow the residents to draw electricity directly from the solar electric system during a power outage while the sun is shining.

Other design highlights include an airtight building envelope that reduces the heating and cooling load by nearly 90 percent. ENERGY STAR® appliances and LED lighting in each unit help to maximize building systems and plug loads, along with hot water heat pumps and mini-split HVAC systems. Tillamook Row also features three large rain cisterns that can store up to 3,600 gallons of water, enough to irrigate the community garden and much of the property’s landscaping year-round. 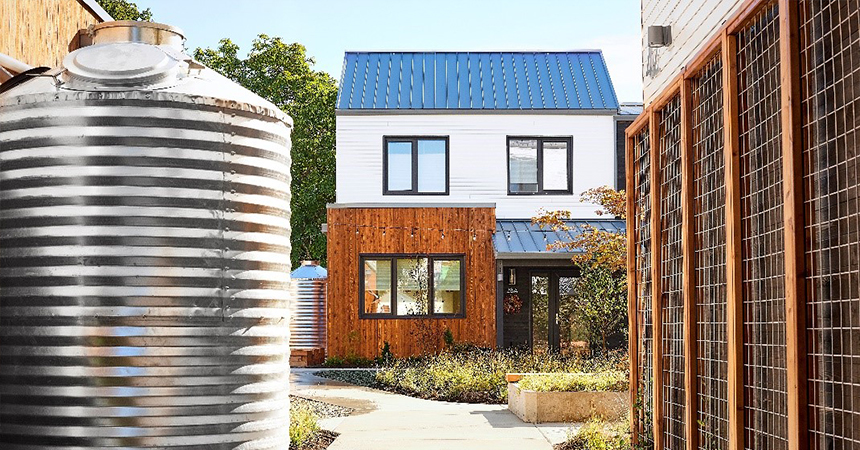 The project enrolled in Energy Trust’s Path to Net Zero and received over $100,000 in incentives for its energy-saving features. Reaching its net-zero energy goals in an environmentally conscious, leading-edge design, Tillamook Row offers an exciting example for other multifamily projects to follow.