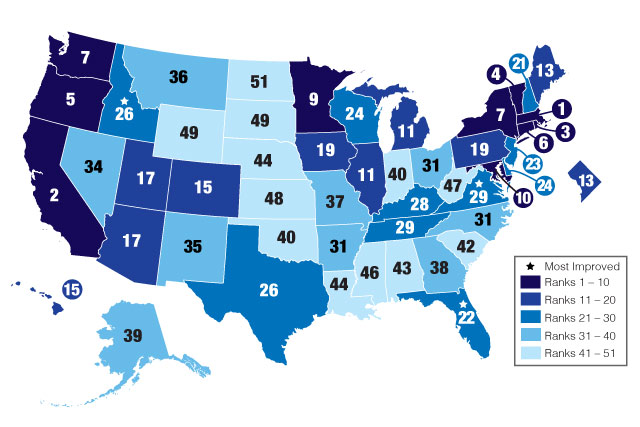 Oregon was ranked the fifth most energy-efficient state—up two spots from last year’s seventh place ranking and noted as one of the 10 most-improved states—according to the 2016 State Energy Efficiency Scorecard by the American Council for an Energy-Efficient Economy. Massachusetts preserved its top ranking for the seventh consecutive year, followed by California and Rhode Island.